The Big Island is actually made of five major volcanoes: Kilauea, Mauna Loa, Mauna Kea, Hualalai and Kohala. Mauna Loa is the largest active volcano on the planet and Kilauea is currently one of the most productive ones. While there are no active lava flows on the Big Island right now, depending on when you're reading this post, that might not be the case.

*USGS: Hazard-zone boundaries are approximate and gradational. These boundaries are not specific enough to determine the absolute degree of danger at any particular site. Lava-flow hazard maps are designed to show relative hazard across the Island of Hawai‘i and are meant to be used for general planning purposes only.

According to USGS: “Our knowledge of past eruptions is based on written records beginning in the early 1800s, oral Hawaiian traditions, and the geologic mapping of and aged date determinations for lava flows on each volcano.” So based on all these things USGS created a map of zones in 1974. They reformatted it in the 80s and they slightly revised in the 90s. It's based on the probability of coverage by lava flows.

USGS came up with this map of zones to provide info for general planning purposes so that as they state “Critical community facilities could be cited in the safest possible areas. It also serves as an educational tool to help Hawaii Island residents better understand the volcanoes on which they live work and play.

There are nine Lava Hazard Zones on the Big Island, with lava flows most likely to occur in Zone 1 and least likely to occur in Zone 9. And according to USGS, the land area classified under Zone 1 (the most hazardous) includes volcanic vents in the summits and rift zones of Kilauea and Mauna Loa, Hawaii's two most active volcanoes. Lava Zone 2 is also considered very risky and is generally downslope of Lava Zone 1. Zone 9, considered the least hazardous region, consists of Kohala – a volcano that has not erupted for about 60,000 years.

When it comes to riskier Lava zones it's not really if it's when lava will flow next and that's exactly what happened in a Puna neighborhood called Leilani Estates, located on the Lower East Rift Zone of Kilauea volcano in 2018. And that's what will inevitably happen again somewhere maybe today, maybe tomorrow maybe not in my lifetime or yours but lava will flow again.

The Cons of Living in a Risky Lava Zone

And even if you're not really worried about lava flowing in your neighborhood, there are some reasons to consider the lava zone of any property you plan to purchase. For example, it could potentially be challenging or more expensive to obtain lending, or homeowners insurance in a riskier lava zone. So as a general rule of thumb, if you are concerned about these types of issues stick to Lava Zones 3 and up.

Since I work in real estate, I work with a lot of new Big Island buyers. Often these buyers will visit beautiful places like lower Puna, which includes a lot of Lava Zones 1 and 2. And they are attracted to the homes there and get a false sense of security. They experience the lush tropical vegetation in some of the neighborhoods and it really doesn't correlate in their minds with an active volcano. And a lot of people understandably and incorrectly assume that there wouldn't be houses and neighborhoods and construction in risky lava zones. As humans our thought process often is if it's allowed it must be fine and it must be safe. It's important to note that there is no legislation requiring the use of these Hazard Zone maps.

The Pros of Living in a Risky Lava Zone

So you might be wondering, why do people even live in risky lava zones? There are some upsides. While properties in Zones 1 and 2 have much higher risk, they often come with a much lower price tag. The lower prices can be really enticing to a lot of buyers. And a lot of the riskier locations on the island are incredibly beautiful and peaceful places to live, which is also very attractive to a lot of people. So really despite being risky, Lava Zones 1 and 2 continue to have a rather active real estate market.

A riskier lava zone means your property has less value might be difficult and/or expensive to insure might be difficult and/or impossible to finance and might be located. No, excuse me, not my might is located where lava will flow again in the near or distant future. Properties in Zones 3 and up don't generally have any issues with insurance or financing due to lava hazards at least. At the end of the day, it really is up to you to decide the risk you're willing to take when purchasing.

Lava Zones are one of the many reasons having a local real estate expert will be invaluable to you. They can help you understand what areas and neighborhoods are in riskier lava zones. If you found a Big Island home online that you love and you are unsure what lava zone it is in, send it to our team and we can let you know.

Let us know in the comments, would you live in a risky lava zone? 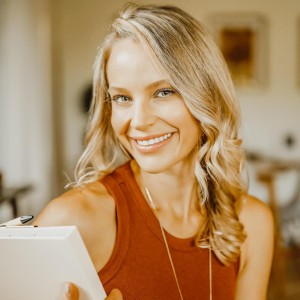